The printer industry is a market with a scale of hundreds of billions. In the era of traditional hardware computers, the printer industry is often monopolized by several overseas giants. With the development of mobile Internet and domestic high-tech technology, more and more domestic brands enter the game and gradually break the monopoly. Among them, a number of domestic printing brands represented by HPRT, Pantum, and Aurora rely on their excellent technology research and development, functional iteration, and channel expansion, which stand up to traditional foreign giants like HP, Canon, and Epson as an equal.

The reshuffle of the printing industry pattern is not only related to the rapid development of domestic brands, but also to the rising of the home printing field. Data shows that compared with mature markets such as Europe, America, and Japan, the ownership rate of home printers in China is only less than 3%. The huge market potential and the increasing acceptance of home printers by Chinese families, make the home printing market segment to be an opportunity for domestic brands to reshape the printer landscape.

Home printers are heating up in China due to the changes in the office environment, the double reduction policy, and technological innovation since 2020. The domestic printer brands represented by HPRT find the time to enter the market and launch printer products specially designed for home use which will continue to compete with foreign giants on the same stage. 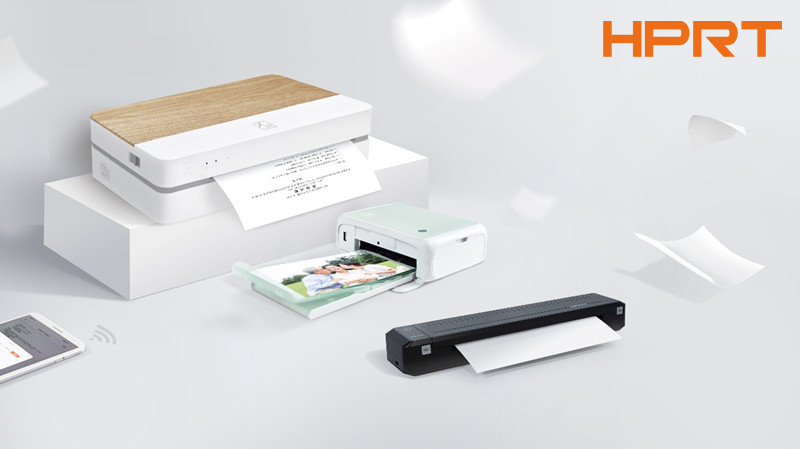 The printer market ushered in a new trend

Everything in this world goes in cycles. The home printer market, which was not the favorite of capital in the past, is now becoming one of the most certain investment targets for capital. On the one hand, such a change is influenced by the trend of mobile offices and education, and on the other hand, printer technology and big data algorithms are becoming more and more mature.

With the implementation of the double reduction policy, the home education scene has been further extended, and the home printer market has ushered in an excellent opportunity. A survey study shows that more than 41% of households purchase home printers for education and learning, followed by daily work such as home office documents. The surge in demand for home printing, the huge portability brought by home printing, and the extension of printing functions have all increased the willingness of households to purchase printers. According to industry experts, the household printer rate in China may increase by 200% in the next five years.

The volume of the home printer market is growing rapidly, but for entrants, it essentially depends on innovative products and excellent technology. Over the past year or so, HPRT has successively launched the home learning printers such as the FT800 series, U100 series, and the portable A4 printers, the MT800 series. Taking the FT800’s good market feedback as an example, we are able to gain insight into the market demand for the home printing segment.

The first is the portability of printing. With the rapid development of the mobile internet, smartphones have become standard for individuals, and printer products that can be interconnected with mobile phones have gradually become standard. The HPRT home printer, FT800 supports mobile phone remote/off-site printing. Users can print various documents for family members even if they are on business trips. At the same time, FT800 also supports QQ, WeChat, Nailing, and other social software file printing, truly a no-threshold adaptation.

The second is the application of inkless printing. Compared with traditional home printers, the HPRT home printer FT800 adopts inkless printing technology. It requires no oil and ink. Farewell to dust pollution, paper jams, and ink changes. Inkless printers can greatly reduce the difficulty of operation, which is very suitable for home printer beginners.

It is worth mentioning that, unlike traditional printers, the A4 size of the HPRT learning printer does not take up space, and the youthful color scheme of pure white of the original wood also puts a distinctive mark on this product that distinguishes it from traditional printers.

Based on market feedback, HPRT has achieved good results since entering the home printer market.

It is understood that from the beginning of the school season to the present, the HPRT learning printer FT800 has continued to sell well in the whole network, and there have been shortages of different degrees at one time. The monthly sales volume of the HPRT home printer FT800 displayed on the Tmall platform has remained above several thousand units. Whether it is the technical precipitation in the printing field in the past 20 years, or the keen sense of smell to accurately enter the tuyere market, HPRT, as one of the representative brands in the Chinese domestic printing industry, has undoubtedly played a good pioneering and leading role.

The person in charge of related products of HPRT said that after seeing HPRT achieve good results, many companies began to officially enter the market. Compared with traditional printing giants such as HP, and Epson, HPRT caters to the demands of users in new consumption scenarios in terms of product positioning, design, and price. And compared with new consumer brands, HPRT has more advantages in technology and supply chain. This is the basis for ensuring market leadership.

As a pioneer, HPRT has handed over a dazzling transcript in the home printers industry, giving more experience to latecomers and more possibilities for exploration in this field. At a time when the market landscape is being reshuffled, competition and opportunities are still walking side by side. Whether HPRT can take advantage of this wave to take off and become a brighter light of the printer country? Let us look forward.

We use cookies on our website to give you the very best user experience. By using this site, you agree to its use of cookies.
OK,got it!